Below is a historical narrative of Burton, its business, buildings and people. Enterprise in society is nothing new in our town.

”Burton upon Trent, also known as Burton-on-Trent or simply Burton, is a town on the River Trent in East Staffordshire, England, close to the border with Derbyshire. In 2011, it had a population of 72,299. The demonym for residents of the town is “Burtonian”.

Burton is known for brewing. The town originally grew up around Burton Abbey. Burton Bridge was also the site of two battles, in1322 when Edward II defeated the rebel Earl of Lancaster and 1643 when royalists captured the town during the First English Civil War. William Lord Paget and his descendants were responsible for extending the manor house within the abbey grounds and facilitating the extension of the River Trent Navigation to Burton. Burton grew into a busy market town by the early modern period.

The town is served by Burton-on-Trent railway station. See image above.

History of our town:

Ryknild Street, a Roman road, ran north-east through what later became the parish of Burton, linking camps at Letocetum (Wall), near Lichfield, and Derventio (Little Chester), near Derby.

Between 666 and 669 Wilfrid, the pro-Roman bishop of York, exercised episcopal functions in Mercia, whose Christian king, Wulfhere, gave him land in various places, on which he established monasteries. Burton was almost certainly one of the sites: the name Andresey given to an island in the river Trent near the parish church means “Andrew’s isle” and refers to a church there dedicated to St Andrew.[The island is associated with the legend of St Modwen or Modwenna, an Irish abbess. It is likely that any surviving religious house would have been destroyed during the Danish incursion into the area in 874. Place names indicate Scandinavian influence, and several personal names of Scandinavian origin were still used in the area in the early 12th century. In 1003 a Benedictine abbey was established on a new site on the west bank of the Trent at Burton by Wulfric Spott, a thegn possibly descended from King Alfred. He is known to have been buried in the abbey cloister in 1010, alongside his wife.

Burton Abbey was mentioned in Domesday book, where it was said to control lands in Appleby Magna in Leicestershire, and Mickleover, Winshill, Stapenhill, Coton in the Elms,Ca(u)ldwell (in Stapenhill Parish) and Ticknall, all then in Derbyshire. The monastery was the most important in Staffordshire and by the 1530s had the highest revenue. It is known that there were frequent Royal visits to the abbey, including those by William I, Henry II and Edward I. In the 12th and 13th centuries streets were laid out off the west side of High Street, the earliest being New Street, which stretched from the abbey gates towards the line of Ryknild Street. Horninglow Street at the north end of High Street was part of a major east-west route using the bridge over the river.

A royal charter was granted on 12 April 1200 by King John to the Abbot to hold a market in Burton every Thursday. This charter was later renewed by King Henry III and King Edward IV. There were four annual fairs for trade in horses, cattle and produce: on Candlemas Day, 5 April, Holy Thursday, and 29 October (the feast of St Modwen) although as in other British towns this practice has now died out.

While Burton’s great bridge over the Trent was in poor repair by the early 16th century it served as “a comen passage to and fro many countries to the grett releff and comfort of travellyng people”, according to the abbot. The bridge was the site of two battles, first in 1322 when Edward III defeated the rebel Earl of Lancaster and also in 1643 when the Royalists captured the town during the First English Civil War.

Under Henry VIII the abbey was dissolved in 1539, to be refounded in 1541 as a collegiate church for a dean (who had been the last abbot) and four prebendaries. It was again dissolved in 1545 and granted to Sir William Paget. Paget began planning to expand the Manor House within the abbey precincts, known to have existed since at least 1514, into a grand mansion. To provide the materials for this project, the old abbey buildings were to be cannibalised. There were major alterations to the house over the next three centuries. Sir William died in 1563. After his death, the Paget family was implicated in Catholic plots againstQueen Elizabeth I, the manor house along with most of the family estates were confiscated, with the Manor House leased to Richard Almond in 1612. Parts of the abbey church may have been retained for parishuse, however these were demolished and replaced by a new church in 1719–26. Some fragments remain of the chapter house nearby but little of the rest remains either. Two buildings were converted to residential use – a part known as the Manor House, and the former Infirmary. The Infirmary became known as The Abbey, and is now an inn.

The brewery and the canal:

The Paget family’s lands and title were restored to them by James I in 1602 and they owned considerable estates around Burton for over 150 years. In 1699, William Lord Paget obtained an Act of Parliament to extend navigation on the River Trent from Nottingham up to Burton, but nothing was immediately done. In 1711, Lord Paget leased his rights to George Hayne, who in 1712 opened the River Trent Navigation and constructed a wharf and other buildings in the precinct of the old abbey.

This led to the development of Burton as the major town for brewing and exporting beer, as it allowed Burton beer to be shipped to Hull, and on to the Baltic Sea and Prussia, as well as to London, where it was being sold in 1712. A number of breweries opened in the second half of the 18th century. The Napoleonic blockade badly affected overseas trade, leading to some consolidation and a redirection of the trade to London and Lancashire via canals. When Burton brewers succeeded in replicating the pale aleproduced in London, the advantage of the water’s qualities allowed the development of the trade of Burton India Pale Ale (an ale specially brewed to keep during the long sea voyage to India). New rail links to Liverpool enabled brewers to export their beer throughout the British Empire.

Burton came to dominate the brewing trade, and at its height one quarter of all beer sold in Britain was produced here. In the second half of the 19th century there was a growth in native breweries, supplemented by outside brewing companies moving into the town, so that over 30 breweries were recorded in 1880. However at the beginning of the 20th century there was a slump in beer sales, causing many breweries to fail; the industry suffered from the Liberal government‘s anti-drinking attitudes. This time no new markets were found and so the number of breweries shrank by closure and consolidation from 20 in 1900 to 8 in 1928. After further mergers and buy-outs, just three main breweries remained by 1980: Bass, Ind Coope and Marston’s.

Burton was home to the Peel family, who played a significant role in the Industrial Revolution. The family home is still visible in the town as Peel House on Lichfield Street. Her Majesty Queen Elizabeth II visited the town on 3 July 2002 during her Golden Jubilee celebrations.

Use our Big Button to contribute to our work!…Thank you! 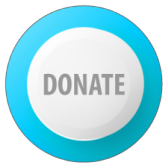 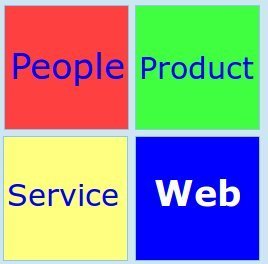 See the article here…(courtesy of The Royal Horticultural Society).

How Many Plants for a Hanging Basket?